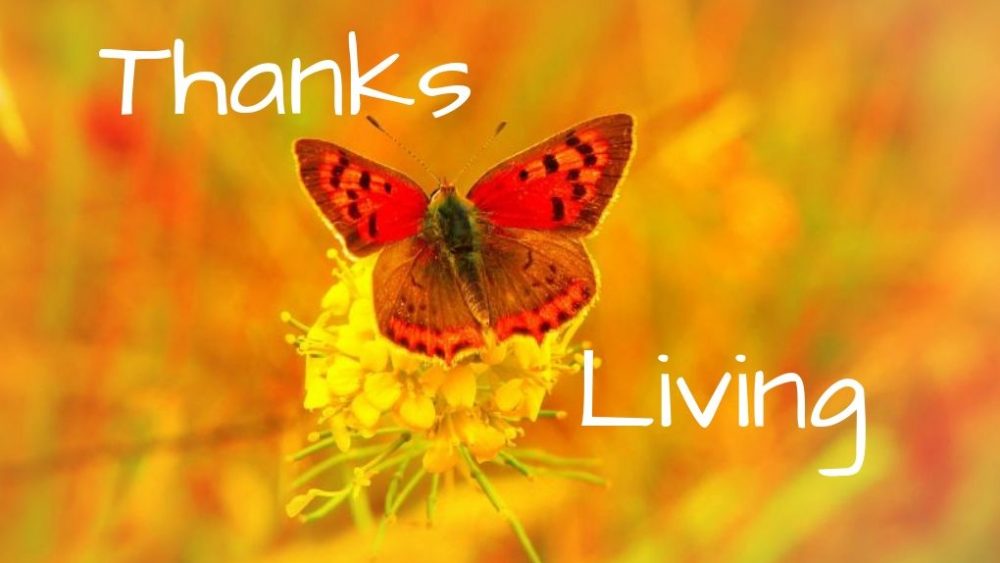 When you were growing up, did you learn the little song (or some variation of): “Everybody hates me, nobody loves me, I think I’ll go eat worms…little bitty skinny ones, big fat fuzzy ones, covered all over with germs?” It was my favorite song to sing to myself when I was in a pity-party-mood. Sometimes I would sing it out loud, hoping to engage others in joining my sad state. Ah, but it never really helped lift my spirits though, nor did it garner me any sympathy!

Although I grew up as a Pastor’s daughter and knew the verses on thankfulness, I wasn’t good at practically applying them to my life. In fact, if you had known me then, you would have probably thought of me as a “glass half empty” sort of person. Maybe it was because I was always expected to “be the example – the good girl” that I tended to look at the rest of the world with dark glasses. God had to get my attention to wrest me out of my negative mindset. Although there were a number of circumstances I could recount, one stands out in particular that helped me shift to a more Thanks-Living, gratitude-filled way of life.

I was completely overwhelmed as a young mother after our third son was born while my husband was deep in the midst of his seminary studies. I struggled with postpartum depression and it intensified as I now felt the pressure to be a perfect potential pastor’s wife. I felt like a hopeless failure one morning when I couldn’t cope and yelled at the two older boys (then ages 5 and 3). In desperation, I called the president of the seminary wives’ club. I believed she might have the answers because she always appeared perfect and poised and was a mom of three sons herself. Her husband answered the call. When I asked for her with tears in my voice and explained briefly why I wanted to chat with her after he stated she was not able to come to the phone, he responded saying she was in the bathroom crying herself over something similar that had just happened in her own home.

It was that experience (along with others) that helped me realize my life would never be lived perfectly, and that in being open, vulnerable, authentic, willing to admit failure and own it in asking for forgiveness, I could live more with more gratitude and a positive attitude every day. It helped me begin to open my eyes to the small things (butterflies instead of just the yucky worms) to be grateful to God for! – Judi Brandow, Communications Specialist